The role of innovative technological investments in the future of Tourism 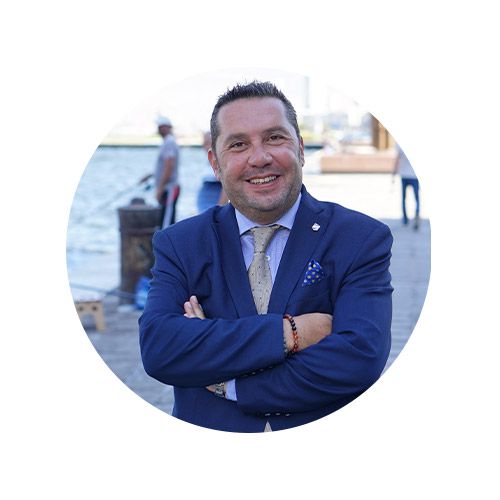 In the post-COVID 19 era, we are now discussing and experiencing new modes of life at both socio-cultural and financial levels. In the research and observation based view of global media, it seems that we have just entered a new era that will necessitate technological innovations.

Without doubt, technology’s functional power and ability has its largest impact on the Tourism industry.

‘Virtual Fairs’ come to the fore in the search for a new paradigm in the fairs and exhibitions industry as a temporary solution to the economic and financial anxiety on account of the Corona Virus crisis.

In this respect, I wish to share my personal experience with the Tourism professionals.

In 2002, when I worked as developer and project manager for website and e-Tourism for Grup TEKER (Pacha Tours – Rev’ Vacances – Eden) at the international TO, I was invited to the 2010 SATAE, Europe’s first ‘Dynamic 3D Mice & Events Tourism Fair’ as sole travel agency representative from Turkey.

At this 3D fair that integrates with your communication system via a special program open to interaction around the clock, I first selected around 35 different indoor and outdoor venues and a stand with rich landscaping features. Then, came the selection of avatars and their duties followed by the creation of my videos on my simulated LCD screen to exhibit my products and services in a digital environment.

On my day-to-day work screen, I was notified via a special program, each time I had a visitor at my stand. If I wanted to, this program also allowed me to establish live video-communication with the visitor or send text messages. My screen then would become my 3d fair screen, where I could virtually walk among the stands to meet with my visitor. Afterwards, I would go back to my day-to-day work screen.

Throughout the fair, visitors could participate in live conferences and panels. Appointments with other participants at the cafe&bistro provided a platform for networking opportunities.

At the end of the fair, I was able to pull valuable statistical data to help develop my after-event marketing strategies from the system in a matter of seconds, such as which products/services my visitors were interested at my stand and what they clicked on, how long they stayed at my stand, what other stands they visited etc.

I completed the win-win procedure by submitting a detailed report to SATAE, on improvement suggestions for future events in the fields of Technology, Marketing and Sales. 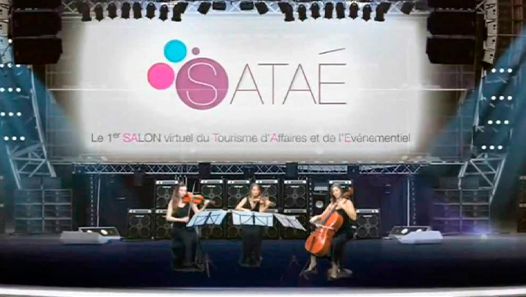 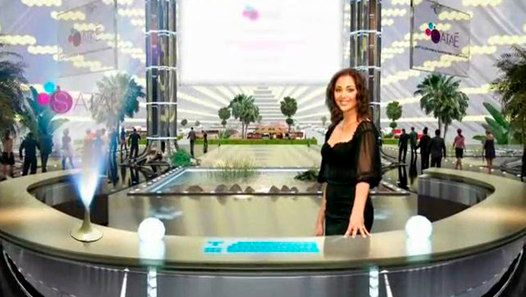 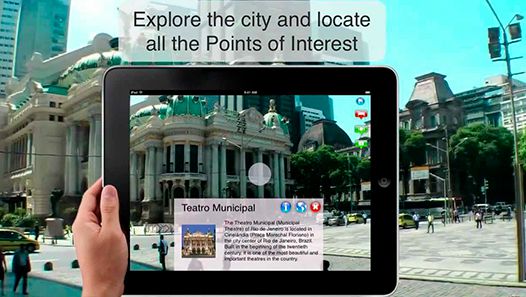 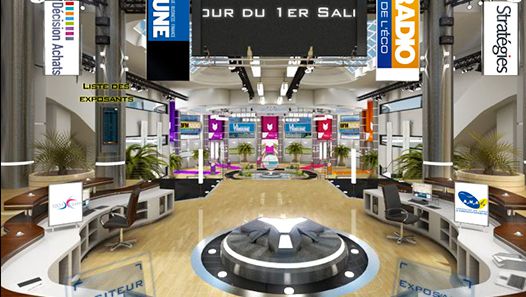 Many public and private fair organization institutions both in Turkey and around the world have included Virtual Fairs in their agendas for 2021 projections. Annual Food&Hotel Technologies Fair held in Paris has already been postponed to March 2021 to be held in ‘Virtual Fair’ format. Preparations to hold some of the symposiums and conferences of ITB Berlin Tourism Fair in virtual environment continue.

İZFAŞ, organizer of a number of noteworthy international fairs such as Travel Turkey, Marble, is among the frontiers for making rapid investment in virtual fair concept. I was pleased to see a deliberative action plan at their webinar meeting on April 14, to which I was invited as consultant. Consequently, İZFAŞ announced a few days ago that SHODEX 2020 fair will be held in virtual environment!

While virtual fairs may be seen as a short-term solution to a number of service industries including Tourism in the post-COVID-19 era, in the long term I strongly suggest that it is essential to expand its scope to smaller scale, non-fair segments such as insurance, foreign language schools etc. to assure its sustainability. It is evident that the Virtual Fair Concept will be much more efficient and effective in the service industry as opposed to manufacturing, production, F&B and Gastronomy.

Please note that since 2010, many organizations such as SPOT - Salon Professional Online du Tourisme, TOP -Travel Open Market, VTLF - Virtual Travel and Leisure Fair, have been held in the virtual environment; but only a few have been sustainable.

We need to keep in mind that cost – profit analysis must be well calculated in conventional fair perception.

Virtual fairs may only serve large groups at a sustainable level provided that the following 2 principles are fulfilled:

Failing that, an opportunity for commercial success and development will be wasted in the glory, excitement and satisfaction of being part of an innovation.

To give an example, in my TO website e-Tourism manager experience in 2002, located in 3 continents with 6 brochures and  1.200 packages we owed our achievement in demand-sales rate of 86% to my Professional tour-guide experience in the destinations that we were promoting.

Could Virtual 3D Technologies and Hologram technology bring a new perspective to Tourism?

Use of 3D technology that has recently become popular in the movie industry now expanded to architecture, entertainment, transportation and health sectors, adding a dynamic depth to business.

An article published in The Economist ‘the new 3D Technology was defined as the 3rd Industrial Revolution that will have significant impact on not only manufacturing, marketing and sales processes but also employment policies.

The role of Tourism sector in this revolutionary process is evident: This new technology is a blessing for “travel agencies” whose main business is, in a way, to make people dream of their holidays...

Virtual Reality glasses used by Amadeus in 2014 at their product launching activity at an international fair were first tested by the British Travel Agency Thomas Cook four years ago to analyze the impact of this technology on their sales. Meanwhile, French Tour Operator Look Voyage was aiming to make a difference in the highly competitive French Market.

I first came across hologram technology in 1997 at the Futuroscope / Poiter Thematic Park. It took around 15 years for the human-illusion interaction on a Plexiglas to transform itself from science fiction to reality. The reason for slow expansion for the use of this technology in everyday life was said to be the high cost of technological production and limited supply channels.

Holograms in the Tourism industry were first used in 2011 at some airports in Germany, UAE, France, UK and USA to greet and direct clients at the terminals. In 2013, we started seeing them at the London City Hall at the information booth. In 2014 Ostendo Tech. in California managed to load virtual reality on our mobile phones at a mere cost of $20.

Nevertheless, the most realistic statistical study on the use of holograms in Tourism points to a low expectation.

In a survey on Business Tourism by Statista, the highest expectation for the use of new technologies in Tourism turns out to be ‘Internet of Things’ with 44% while use of Holograms remain as low as 4%… 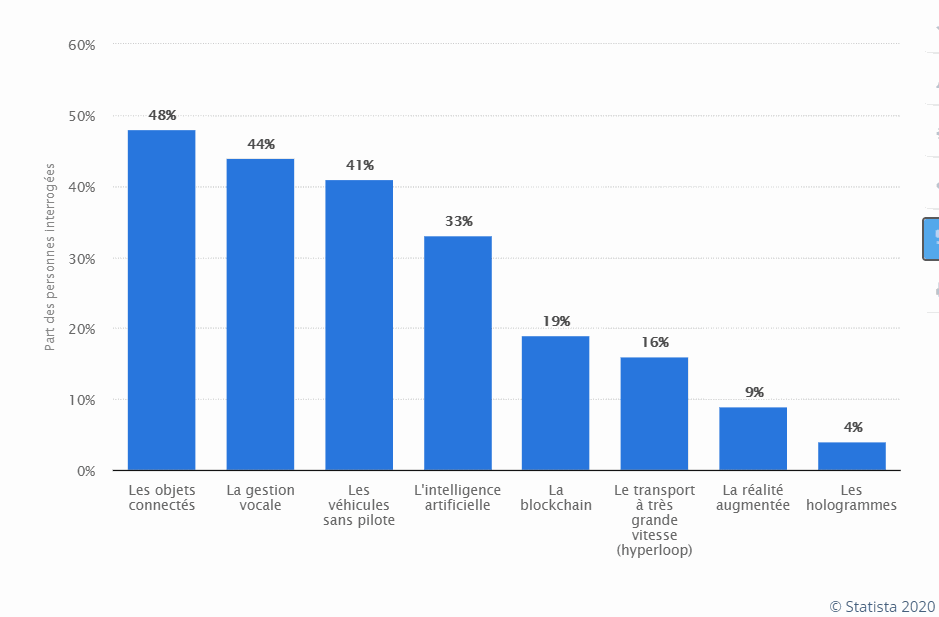 Day-to-day use of holograms in the Tourism industry has not shown any increase since mid-1990s, due to the high cost involved in its financing and production technology.

Below is a list of the most expected areas of its use in Tourism based on the studies in this field: 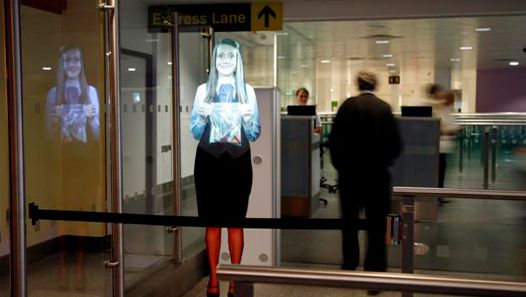 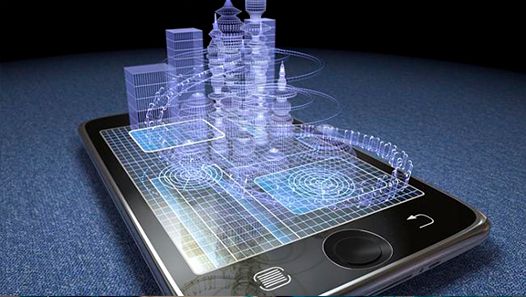 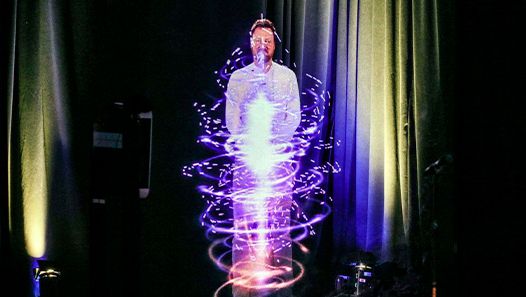 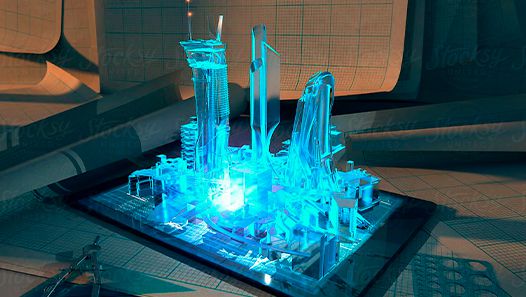 A careful analysis of the use of hologram technology indicates that this technology would make a tremendous contribution to the publicity of antique cities, when used in optimum conditions taking into consideration the power of human communication and limitations in employment.

The episode on TRT Tourism and Documentary Channel aired on14 January, 2010 on was different than its predecessors in that we had an on-line connection to the VİSPO travel stand at the fair I talked about in the beginning of my article.

In these unusual days, we continue to have hope for the future and I certainly believe that a statement I uttered in that episode remains rather meaningful:

With my best wishes.