Canada has 17 clubs and had previously hosted Club of the Year awards. Over the years, we experienced a decline in the number of clubs pursuing the award and winners became somewhat repetitive. A decision was made to move away from competition-based awards to a recognition/achievement award program to help clubs set realistic goals for each year.

The goals are in two parts

Five mandatory goals must be met, as a minimum, before being eligible for any award. The eight discretionary goals provide the building blocks that clubs can progressively achieve and attain a higher level of recognition. President Jean Pelletier  emphasized “how important the President’s Awards of Distinction are and how these goals provide a roadmap to running an effective and engaging club and growing membership”. 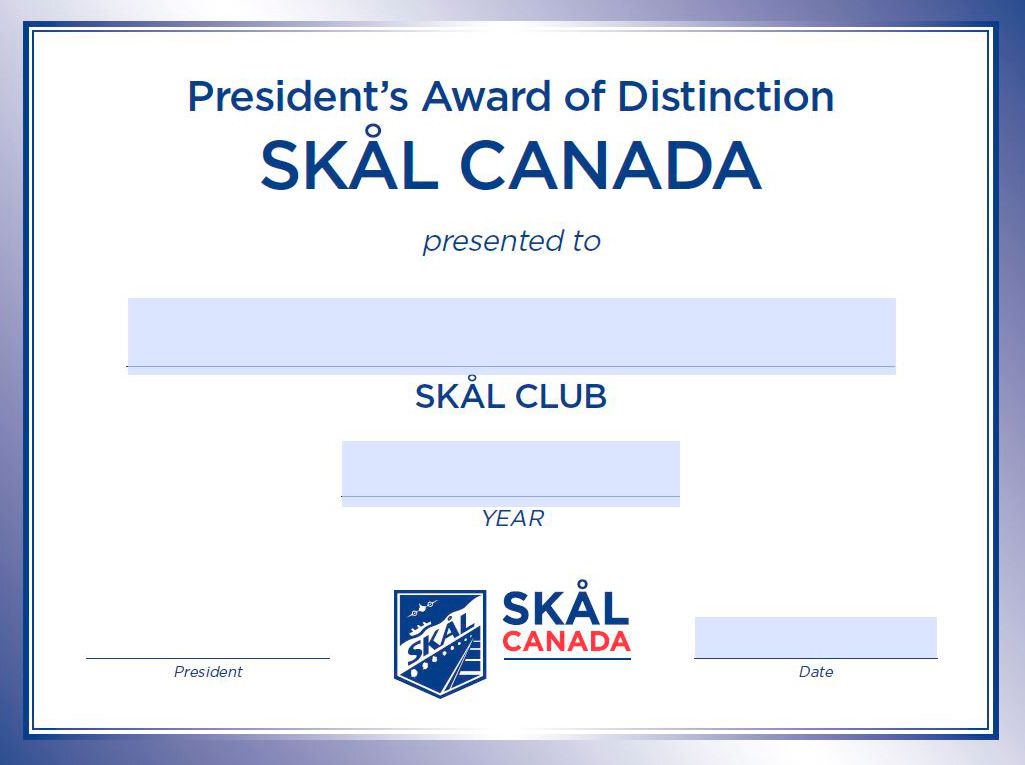 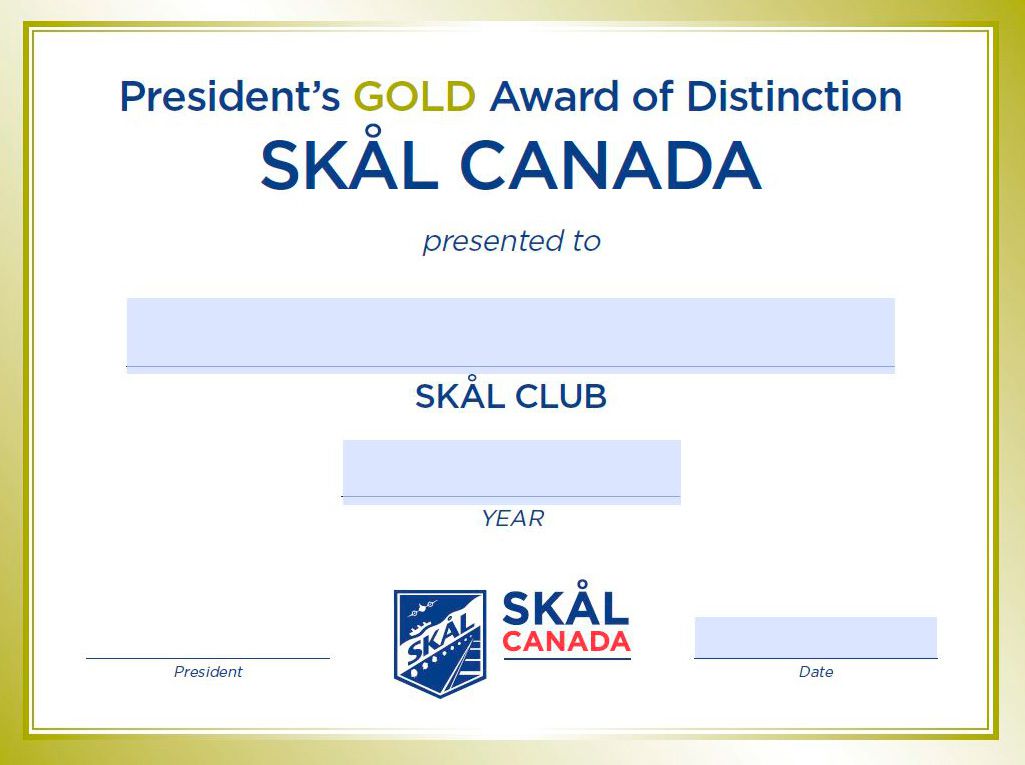 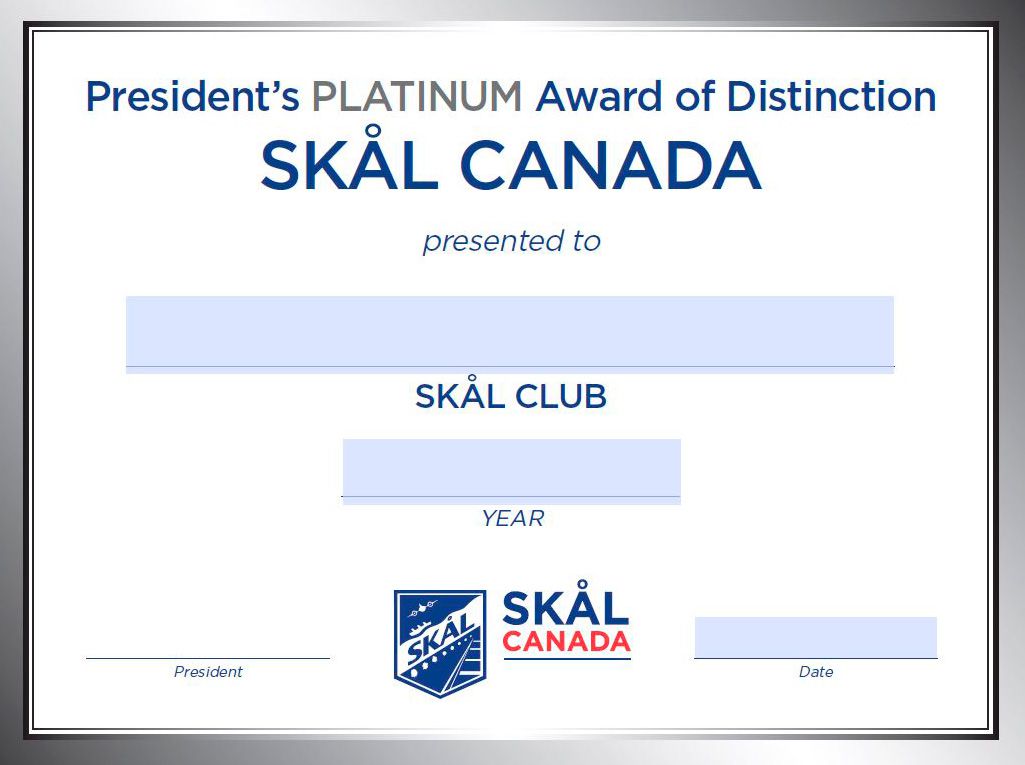 Discretionary goals:
Achieving less than 5% attrition or 5% or 10%+ membership growth, over and above contribution to Skål International awareness in the travel & tourism community, connecting with tourism students, participation at Skål International congresses and contributions to National newsletters and/or social media.

Executive Director Denis Smith observed “over two years we have seen a significant shift in a majority of clubs now actively working on their goals, becoming more engaged and interacting with other clubs and becoming more cognizant of the ‘bigger picture’ for their clubs”.

Over 75% of the Canadian clubs achieved growth in excess of 10% in new members! 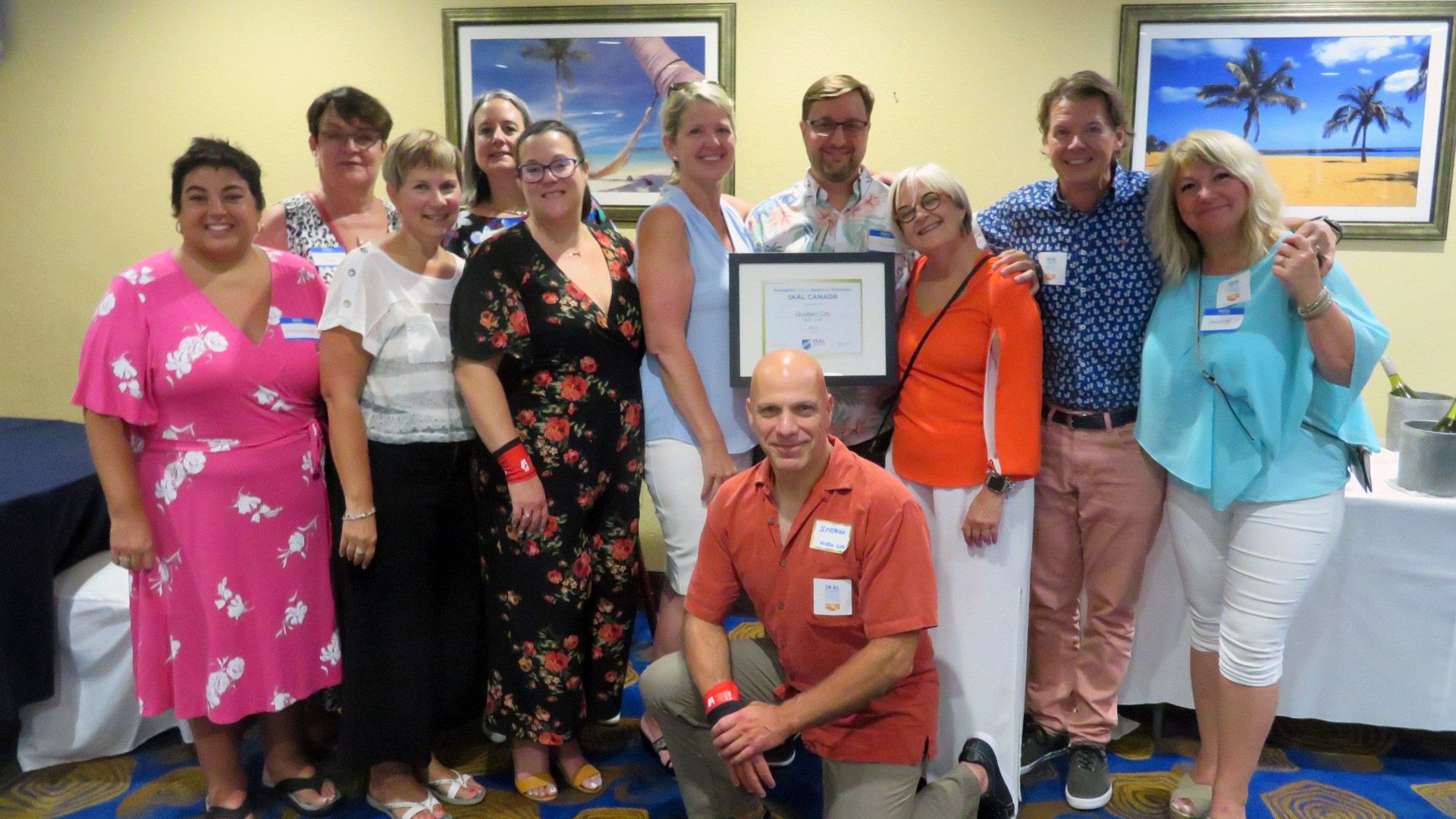 The 2019 awards will be presented at the North American Skål Congress (NASC).